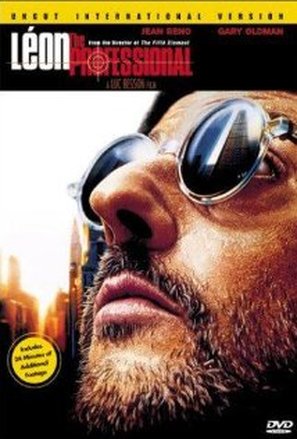 Norman Stansfield is undoubtedly a psychopath yet the director, Luc Besson, uses him as a humorous foil to Reno's stoic hitman character. Oldman adds light relief in a horrifying way - Virgin Media described the character as 'so full of whimsical tics you can't help but let out a guilty chuckle.'

He plays a police officer - an unhinged, mercurial personality, with the classic psychopathic trait of having the ability to turn on the charm. He loves classical music and compares his killings to the works of Beethoven.

Throughout the film, he uses a designer drug in capsule form  resulting in idiosyncratic physical contortions, dilated pupils and euphoria.

Oldman improvised some scenes and has been criticized as being too 'over the top' - I disagree - and so does his co-star...

He was apparently so effective on set that a very young Natalie Portman (Mathilda) had this to say:

'Working with Gary Oldman was probably the easiest acting experience of my life, because I don't even remember being directed at all. I just sat there, and watched him, and was terrified!'

A brilliant portrayal of a corrupt psychopathic cop in an action movie that makes you think at the same time as entertaining you.

Classic Quote:
To Portman's 12 year old Mathilda he says -
"I take no pleasure in taking life if it's from a person who doesn't care about it..."