There Will Be Blood - Daniel Plainview (Daniel Day-Lewis) 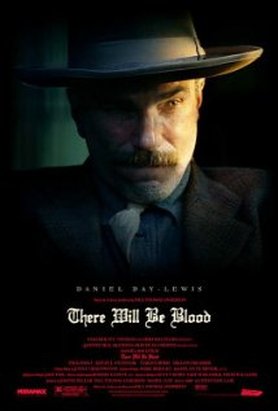 Day-Lewis is known for bringing a very high degree of personal focus and commitment to his performances and this movie was no exception.

Rumour has it that one supporting actor had to be replaced after being intimidated by Day-Lewis's intensity - and his rather frightening habit of staying in character on and off the set!

Clearly, getting in the right frame of mind to portray a psychopath has its downsides... at least for those around Lewis.

The plot revolves around Plainview's selfishness and greed as he prospects for oil in the US at around the turn of the century. Many commentators have suggested the psychopathic nature on display is typical of the robber barons of the day - and perhaps reflects the darker side of corporate greed in the financial sector these days.

Day Lewis's psychopath is astonishingly good, the movie gripping and studded with character gems acted by the rather overshadowed supporting cast.

Classic Quote:
"I have a competition in me. I want no one else to succeed. I hate most people."