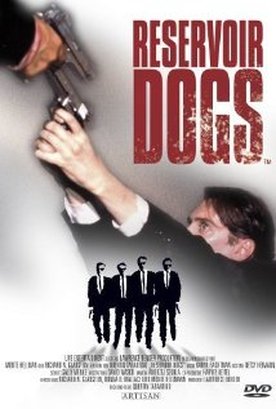 Tarantino created an instant cult classic with his debut tale of betrayal and brutality. The plot revolves around a diamond heist gone wrong, and flashes back to the history of the five key characters as they turn on each other as a result.

Four of the five gangsters, named after colours, demonstrate sociopathic traits, but Madsen is chillingly brilliant as the truly psychopathic Mr Blonde.

Harvey Keitel's character, Mr White, dislikes his colleague because he believes 'that fucking psychopath' is unpredictable and unprofessional - he enjoys violence whereas for Mr White, a sociopath, the violence is an unavoidable necessity.

Madsen's character goes on to prove Mr White correct, and is probably remembered best for his 'dance routine' with a cutthroat razor, a chair and an ear...

Madsen, a new father at the time, was genuinely upset about this torture scene as it involved another parent. Despite his normal healthy reaction, he managed to get into his psychopathic character very effectively, and gave an excellent and memorable performance throughout.

The movie is not to everyone's taste, given the gratuitous/graphic violence and ugly nature of the characters... the script also contains 272 uses of the word 'fuck' so this is not a movie for the faint-hearted or prudish!

Many people walked out of the first viewing and Tarantino's comments sum it up:

'It happens at every single screening. For some people the violence, or the rudeness of the language, is a mountain they can't climb. That's OK. It's not their cup of tea. But I am affecting them. I wanted that scene to be disturbing.'

Well, disturbing and enjoyable - in my humble opinion. This is no Hollywood-happy-ending tripe, and although Tarantino's preference for gore is beyond realism, his Mr Blonde character could be your next door neighbour.

An eery and chilling portrayal of an emotionless killer with absolutely no regard for human life.

Classic Quote:
"If you wanna know something and he won't tell you, cut off one of his fingers. The little one. Then tell him his thumb's next. After that he'll tell you if he wears ladies underwear. I'm hungry. Let's get a taco."

Warning: this video clip contains violence and torture. Click on the image if you are 18 years or over and not squeamish...