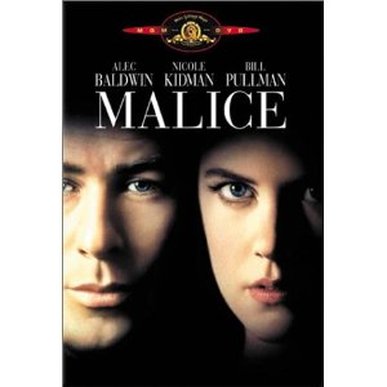 In preparation for her role as a psychopath Kidman referred to Dr Robert Hare, the renowned expert who provided some tips. He told her to get in character by imagining witnessing a car accident involving a young child. She would attend the scene purely as a curious observer, and be irritated if some blood splashed on her shoe. She would also note the reaction of the mother and then go home to practice her facial expressions in the mirror - the idea being to encourage Kidman to take on the characteristics of an emotionless killer - something she achieved with panache in this thriller.

Baldwin is equally good in his role as a narcissistic, high achieving surgeon with a God complex - who turns out to be the housemate from hell for Andy and Tracy after he moves in to help them out with the payments on the property.

Pullman plays the duped husband to Tracy's manipulative vixen, with a miracle pregnancy, a dead mother-in-law who is still breathing, and an insurance scam, all complicating the plot.

Some critics claimed there were too many twists and turns and that the end result was confusing. I disagree. Well worth seeing if you haven't already.

Classic Quote:
"You ask me if I have a God complex? Let me tell you something. I am God..."
Which invited the classic riposte:
"Ask God how many shots of bourbon he had before he cut me open..."